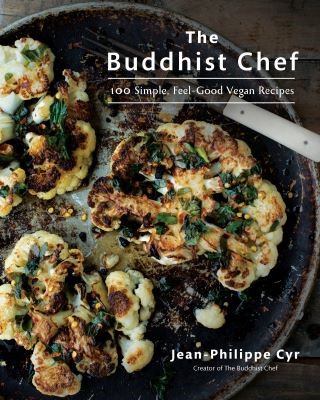 100 simply delicious vegan recipes--good for the planet, and for you--from the chef and blogger behind The Buddhist Chef.

A practicing Buddhist for over two decades, Jean-Philippe Cyr, aka The Buddhist Chef, believes that everyone has the power to make their vision of the world a reality--and that the most impactful way to do that is through the food we choose to make, eat, and share. This realization led him to veganism, which transformed his life and health. In this cookbook, he shares how to make classic dishes vegan, easy, and so delicious and show-stopping that everyone--even the pickiest of eaters--will love them.

The Buddhist Chef is a collection of Jean-Philippe's best vegan recipes that will become a mainstay in vegan and non-vegan kitchens alike. The recipes are perfect for long-time vegans, those trying out a vegan diet for the first time, or those simply trying to eat more plant-based foods. Inspired by cuisines from all around the world, these recipes offer something for everyone. Enjoy breakfast and brunch recipes like Vegan Shakshuka and Maple Baked Beans, or salads and protein-packed bowls like Beet Carpaccio or Tempeh Poke Bowl. Transform your dinners with hearty mains like Eggplant Parmigiana, General Tso's Tofu, and Mushroom Poutine. Indulge in vegan desserts like Chocolate Lava Cake or have a nourishing snack like Coconut Matcha Energy Balls.

With delicious recipes for every meal of the day, The Buddhist Chef is a celebration of healthy, plant-based dishes that will have everyone at the table, vegan or not, wanting more.

Jean-Philippe Cyr: JEAN-PHILIPPE CYR is a classically trained chef with a big mission: to introduce more and more people to the pleasures of vegan eating. A practicing Buddhist for over 20 years, he lives with his wife in Quebec and dedicates his time to creating simple and tasty vegan recipes for his website, The Buddhist Chef.