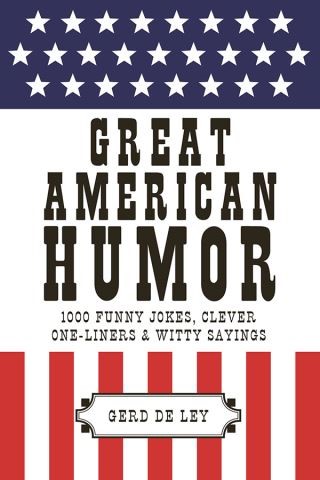 Carefully researched and culled for maximum guffaws, Great American Humor captures the unique spirit of American wit and features more than enough jokes, puns and riddles to have everyone laughing.

Gerd De Ley: Gerd de Ley is a former English teacher and has been a professional writer and actor since 1975. From an early age, Gerd has been an avid collector of quotations and proverbs from all over the world.