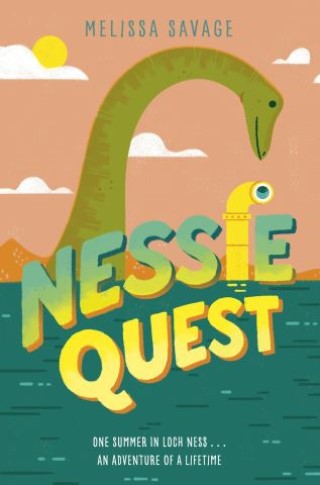 Fans of Erin Entrada Kelly's Hello, Universe and Melissa Savage's own Lemons will devour this voice-driven novel packed with humor and heart about two friends who head off on an adventure to find the Loch Ness Monster.

Ada Ru finally thought her parents were going to agree to a Fitzhugh family vacation in Disney World the summer before sixth grade, until her father announces he's taking a teaching position in Scotland, and moving the family there for the entire summer.

Ada Ru is anything but happy. She doesn't like their new home, she hates haggis, and she certainly doesn't like the idea that she will be away from her best friend all summer. To top it all off, there is said to be a monster in the lake near their house!

That's when she meets Hamish Bean Timmy, Hammy Bean for short, captain of the Nessie Quest Monster Chaser boat tour. He knows everything there is to know about the fabled Loch Ness Monster and Scotland. But as the two unlikely friends embark on an epic adventure to spot the lake monster, they end up discovering more than they ever could have imagined.

Melissa Savage: Melissa Savage is the author of Lemons and The Truth About Martians. She is also a child and family therapist. Even though she's never actually seen a Loch Ness Monster in person, Melissa loves to learn and write about the mysteries of cryptozoology for children. She lives in Colorado. You can follow Melissa on Twitter at @melissadsavage, and visit her at melissadsavage.com.