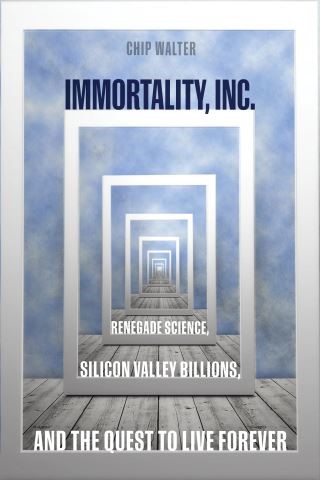 This gripping narrative explores today's scientific pursuit of immortality, with exclusive visits inside Silicon Valley labs and interviews with the visionaries who believe we will soon crack into the aging process and cure death.

We live in an age when billionaires are betting their fortunes on laboratory advances to prove aging unnecessary and death a disease that can be cured. Researchers are delving into the mysteries of stem cells and the human genome, discovering what it means to grow old and how to keep those processes from happening. This isn't science fiction; it's real, it's serious, and it's on track to revolutionize our definitions of life and mortality.

In Immortality, Inc., veteran science journalist Chip Walter gains exclusive access to the champions of this radical cause, delivering a book that brings together for the first time the visions of molecular biologist and Apple chairman Arthur Levinson, genomics entrepreneur Craig Venter, futurist Ray Kurzweil, rejuvenation trailblazer Aubrey de Grey, and stem cell expert Robert Hariri. Along the way, Walter weaves in fascinating conversations about life, death, aging, and the future of the human race.

Chip Walter: CHIP WALTER is a science journalist, filmmaker, and former CNN bureau chief whose books include Last Ape Standing and Thumbs, Toes, and Tears. His writing has appeared in The Economist, The Wall Street Journal, Scientific American, and National Geographic, to which he contributed the January 2015 cover story "The First Artists." He has been interviewed on "All Things Considered" and Michio Kaku's "Science Fantastic."