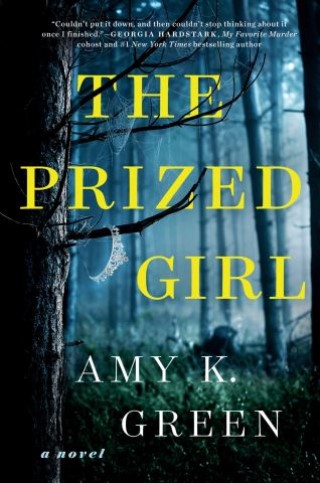 From debut author Amy K. Green comes a devastating tale of psychological suspense: a teen pageant queen is found murdered in a small New England town, and her sister's search for answers unearths more than she bargained for.

Days after a young pageant queen named Jenny is found murdered, her small town grieves the loss alongside her picture-perfect parents. At first glance, Jenny's tragic death appears clear-cut for investigators. The most obvious suspect is one of her fans, an older man who may have gotten too close for comfort. But Jenny's half-sister, Virginia—the sarcastic black sheep of the family—isn't so sure of his guilt and takes matters into her own hands to find the killer.

But for Jenny's case and Virginia's investigation, there's more to the story. Virginia, still living in town and haunted by her own troubled teenage years, suspects that a similar darkness lay beneath the sparkling veneer of Jenny's life. Alternating between Jenny's final days and Virginia's determined search for the truth, the sisters' dual narratives follow a harrowing trail of suspects, with surprising turns that race toward a shocking finale.

Infused with dark humor and driven by two captivating young women, The Prized Girl tells a heartbreaking story of missed connections, a complicated family, and a town's disturbing secrets.

Amy K. Green: Amy K. Green was born and raised in a small New England town where she was once struck by lightning. She was a practicing CPA before leaving the corporate life to work in film production, write, and wear fewer high heels. She lives in Boston.