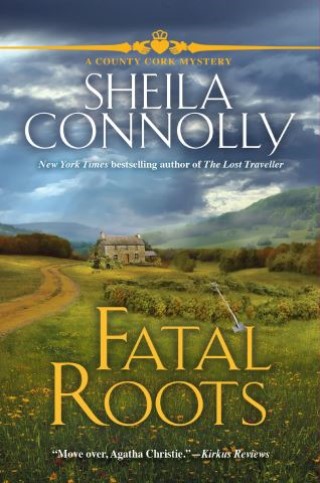 Some secrets are too big to stay buried...

A few months ago, Boston expat Maura Donovan was rekindled with her mother after more than twenty years of absence. Since then, Maura has been getting accustomed to Irish living, complete with an inherited house and a pub named Sullivan's. But now, her mother has returned--and she's brought Maura's half-sister in tow. To make matters more confusing, a handful of Cork University students are knocking on Maura's door asking about a mystical fairy fort that happens to be located on Maura's piece of land.

The lore indicates that messing with the fort can cause bad luck, and most everyone is telling Maura not to get too involved for fear of its powers, but Maura is curious about her own land, and she definitely doesn't buy into the superstition. Then one of the students disappears after a day of scoping out the fort on Maura's property.

Maura treads carefully, asking the folks around town who might have an idea, but no one wants anything to do with these forts. She has to take matters into her own hand--it's her land, after all. But when she uncovers a decades-old corpse buried in the center of the fort, nothing is for certain.

Sheila Connolly: Sheila Connolly is the Anthony and Agatha Award-nominated author of over thirty titles, including the Museum Mysteries, the Orchard Mysteries, and the County Cork Mysteries, in addition to the Relatively Dead paranormal romance e-series, the standalone books Once She Knew, a romantic suspense, and Reunion with Death, a traditional mystery set in Tuscany, as well as a number of short stories in various anthologies. She lives in Massachusetts with her husband and three cats and visits Ireland as often as she can. This is her eighth County Cork mystery.