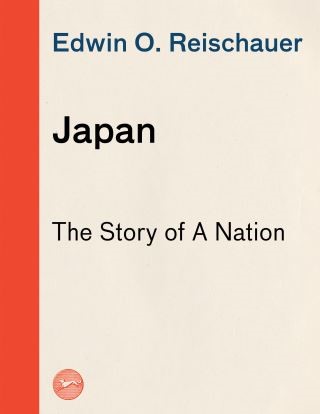 The Story of a Nation

In this major revision of his classic history of Japan—from the tribally divided state under the leadership of Yamato in the fifth century through centuries of dynastic rule to the death of Emperor Hirohito in 1989—the eminent Harvard historian and former U.S. Ambassador to Japan Edwin O. Reischauer incorporates nearly a decade's worth of new scholarship.

His book is divided into three parts: the first part examines traditional Japan from the early Chinese influences to the flowering of a native culture and the establishment of a feudal system and society; the second looks at Japan in transition from the beginnings of the modern state to the rise of militarism and the advent of World War II; the third section, extensively rewritten to reflect Japan's drastically changed role in world affairs since 1984, deals with postwar Japan from the American Occupation and years of political division and instability to Japan's gradual metamorphosis into an economic giant. The Nakosone and Takeshita years are discussed at length, and the transformation of Japan's economy, hinged upon surging exports to the West, is analyzed.

Edwin Reischauer: Edwin O. Reischauer was born in Tokyo in 1910 and lived in Japan until 1927. He received his A.B. degree from Oberlin College in 1931 and his Ph.D. from Harvard in 1939. In the interval he studied at the universities of Paris, Tokyo, Kyoto, as well as in Korea and China. He became an instructor at Harvard in 1939, an associate professor in 1945, and professor of Japanese history in 1950. During World War II he serived in the MIlitary Intelligence Service of the War Department General Staff. From 1955 to 1966 he served with distinction as U.S. Ambassador to Japan, after which he returned to Harvard as a University Professor. He died in 1990.

Among his books are The United States and Japan; Wanted: An Asian Policy; Ennin's Travels in T'ang China; East Asia: Tradition and Transformation (with J. K. Fairbank and A. M. Craig); Beyond Vietnam: The United States and Asia; Toward the 21st Century: Education for a Changing World; The Japanese; My Life Between Japan and America; and The Japanese Today: Change and Continuity.