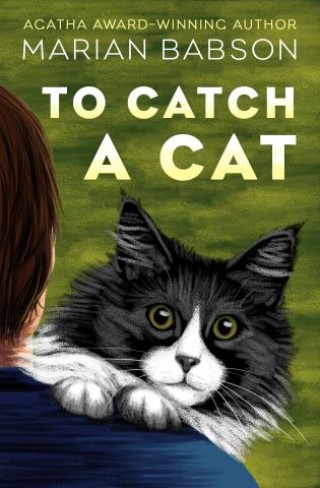 To Catch a Cat

A boy commits a catnapping—and becomes a witness to murder in the process—in this “suspenseful psychological thriller [with] a tight plot” (Publishers Weekly).

On a dare from the local boys, lonely eleven-year-old Robin sneaks into a neighbor’s house to steal their pedigree cat. But he doesn’t expect the terrifying scene that awaits him. After a loud dispute echoes from above—and the man of the house comes down the stairs covered in blood—Robin makes a run for it. But the killer knows someone was there, and when he talks to the police, he figures the mysterious intruder is the perfect person to pin the murder on.

Now Robin is in fear for his life, and desperately trying to keep the whole episode a secret—along with the cat who’s become his new companion—in this twisting, poignant tale of suspense by an Agatha Award–winning author.

“The story dashes to a dramatic end with surprises along the way.” —San Jose Mercury News

“Among Babson’s many mysteries, this charmer may be the pick of the litter.” —Booklist

Marian Babson:
Marian Babson, born Ruth Stenstreem, is an American mystery writer. Her first published work was Cover-Up Story (1971), and she has written over forty-five mysteries. Babson served as secretary of the Crime Writers’ Association and was awarded the CWA Dagger in the Library in 1996.