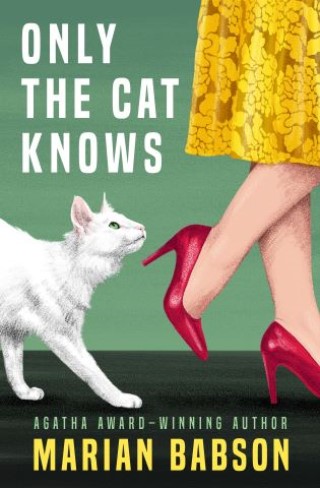 Only the Cat Knows

A man infiltrates a tycoon’s castle to find out who pushed his sister down a flight of stairs in this “enjoyable Gothic mystery that keeps you guessing” (Kirkus Reviews).

Vance is an experienced female impersonator, so when his beloved twin sister, Vanessa, winds up in a coma after a suspicious fall, he has a unique way to investigate. Using her clothes and makeup—and his striking resemblance to his twin—he works his way into the remote castle of Vanessa’s wealthy employer, along with a harem of other women. With help from a doctor, Vance poses as an amnesiac Vanessa and is able to fool everyone—with the exception of his sister’s Angora cat. But will his masquerade be successful long enough for him to solve the mystery—before someone else tries to finish the job?

“Marian Babson’s name on a mystery is a guarantee of quality writing wrapped around an unusual crime.” —Houston Chronicle

Marian Babson:
Marian Babson, born Ruth Stenstreem, is an American mystery writer. Her first published work was Cover-Up Story (1971), and she has written over forty-five mysteries. Babson served as secretary of the Crime Writers’ Association and was awarded the CWA Dagger in the Library in 1996.