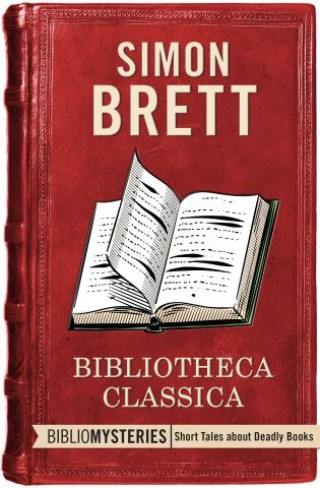 A rare eighteenth-century encyclopedia reveals a murderous secret in this short story by the CWA Diamond Dagger–winning author of A Shock to the System.

For Professor Derrick Rounsevell, antique books can bring the past into the present, through not only their content but also telling traces left by previous readers. In the case of his newly-inherited copy of Bibliotheca Classica—an obscure eighteenth-century encyclopedia—peculiar markings reveal a chilling tale.

Heavy erasures throughout the book indicate that a past owner attempted to remove any lurid content from its entries, which, in cataloging tales from mythology, resound with unseemly acts. Together with his wife, Harriett, Derrick investigates the book’s intriguing history, uncovering a tale of manipulation, theft, and a century-old murder plot. In the process, Harriett makes discoveries about her husband that Derrick hoped would remain buried . . .