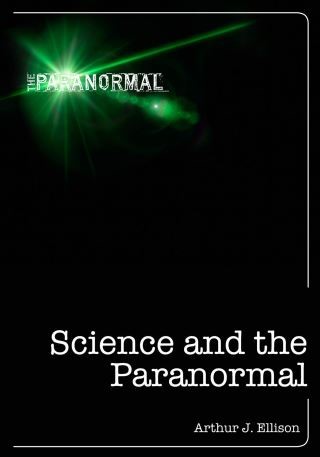 Science and the Paranormal

“Ellison was . . . a dedicated paranormal researcher who believed the science was too narrow to account for things like out-of-body experiences” (io9).

In facts, not fiction, this book presents the case for the paranormal. Changing the way we look at the universe is not easy, and requires a true openness to exploration and experiment. Professor Ellison suggests that most of us are conditioned by our Western science-based education to think that the universe is much simpler and ‘material’ than it really is. He argues that we should recognize the limits of the current scientific worldview that fails to account for genuine paranormal experiences, including phenomena such as out-of-body experiences (OBE), reliably reported by thousands of people.

Science and the Paranormal is part of The Paranormal, a series that resurrects rare titles, classic publications, and out-of-print texts, as well as publishes new supernatural and otherworldly ebooks for the digital age. The series includes a range of paranormal subjects from angels, fairies, and UFOs to near-death experiences, vampires, ghosts, and witchcraft.

“A most valuable work and a lasting testimony to the author’s remarkable contribution to the field.” —Bernard Carr, Scientific and Medical Network Review

“Written for the lay person in down-to-earth language . . . this book is for those who want a broad-brush of matters like the evidence for telepathy, near death experiences, survival research etc. without having to plough through a century-high stack of scientific papers. A welcome introduction to human nature’s further reaches.” —Christian Parapsychologist