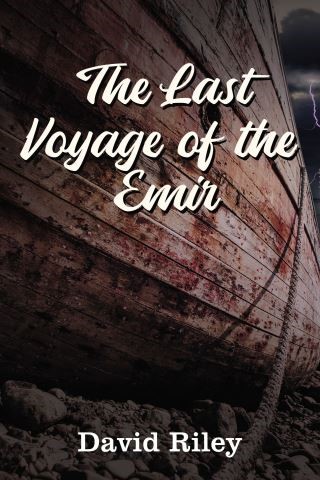 The Last Voyage of the Emir

Temeros is a young man alone in the world and seeking his purpose in life. His father, Demetrius the silversmith of Ephesus, hated Paul and his rage led to tragedy leaving Temeros homeless, orphaned and scarred. Eventually, Temeros finds himself in the port of Myra where he joins the crew of an Egyptian grain ship, called The Emir, bound for Rome. During this voyage, he meets Paul and realizes he is not the monster his father believed him to be. He comes to faith in Christ and becomes Luke’s apprentice in treating the medical needs of the passengers and crew.

It is not all smooth sailing, however. Someone sneaks aboard intent on revenge against Paul, but within a few hours the ship is caught in a terrible storm that threatens the lives of everyone on board. Eventually, The Emir runs aground on the island of Malta. When Temeros discovers the identity of the attacker, he and his newfound friends must rush to save Paul.

Come along on The Last Voyage of The Emir as we explore what happens in the storm and the ensuing shipwreck.

David Riley is a Family Physician in Olathe, Kansas. He received his MD degree from the University of Kansas and completed his family practice residency at the Kansas University Medical Center. He has been practicing medicine for over twenty-five years.  He and his wife, Renee, have three grown children, but their hearts belong to their granddaughters, Haven and Hadley. This is his first novel.