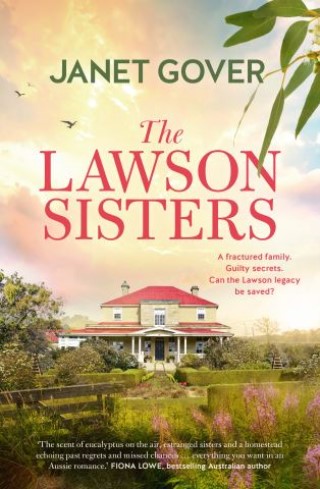 A heartfelt and compelling story of family, secrets and second chances, set in the heart of the beautiful Hunter Valley of NSW, from an award-winning new voice in Australian fiction.

Family, fortune and holding on to what counts...

For many years Elizabeth Lawson has battled single-handedly to run the family's historic horse stud in memory of her beloved father. But a devastating loss puts her dreams at risk. With no options left, Liz is forced to turn to her estranged sister Kayla for help.

Kayla has built a new life in the city as a wedding planner, far removed from the stableyard sweat and dust of her rural upbringing. She never thought she'd go back. But when Liz calls out of the blue, Kayla forms a plan that could save their childhood home.

Kayla's return forces Liz to confront her past ... and her future, in the shape of Mitch, her first and only love, who still watches over her from the other side of the creek.

But Liz still hides a terrible secret. When Kayla learns the truth, will the Lawson sisters find common ground or will their conflict splinter the family once again?

'With the scent of eucalyptus on the air, estranged sisters and a homestead echoing past regrets and missed chances, The Lawson Sisters has everything you want in an Aussie romance.' - Fiona Lowe, bestselling Australian author

Janet Gover grew up in outback Australia, surrounded by wide open spaces, horses … and many, many books.

She is a self-confessed ‘bit of a geek girl'. When not writing novels she works in IT—in really dull places like Pinewood Movie Studios, Puerto Rico and Iraq.

When her cat lets her actually sit in her chair, she writes stories of strong women, rural communities and falling in love. Her novel Little Girl Lost won the Epic Romantic Novel of the Year Award presented by the Romantic Novelists' Association in the UK, and she has won or been shortlisted for awards in Australia and the USA.

As Juliet Bell, in collaboration with Alison May, she rewrites misunderstood classic fiction, with an emphasis on heroes who are not so heroic.
Her favourite food is tomato. She spends too much time playing silly computer games, and is an enthusiastic, if not always successful, cook.