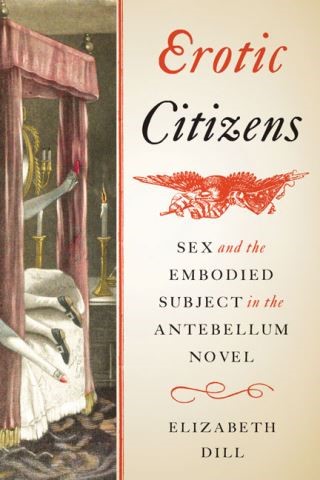 Sex and the Embodied Subject in the Antebellum Novel

Through an examination of philosophical tracts, political cartoons, frontispiece illustrations, portraiture, and the novel from the antebellum period, this study reconsiders how the terms of embodiment and selfhood function to define national belonging. From an enslaved woman’s story of survival in North Carolina to a philosophical treatise penned by an English earl, the readings employ the trope of sexual ruin to tell their tales. Such narratives advanced the political possibilities of the sympathetic body, looking beyond the marriage contract as the model for democratic citizenship. Against the cult of the individual that once seemed to define the era, Erotic Citizens argues that the most radical aspect of the Revolution was not the invention of a self-governing body but the recognition of a self whose body is ungovernable.