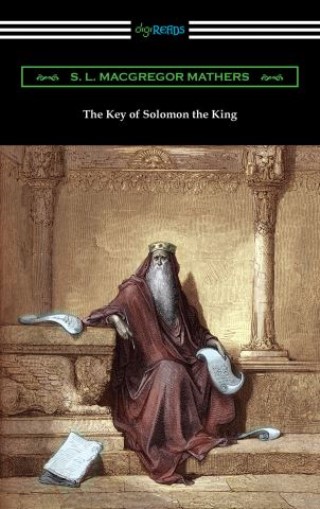 The Key of Solomon the King

“The Key of Solomon the King” is the classic grimoire, or book of magic, attributed to the ancient King Solomon, who reigned over Israel during the 9th century B.C. Scholars believe that the work most likely dates back to the 14th or 15th century Italian Renaissance and is typical of works of Renaissance magic. Hermeticism and occult practices saw a resurgence in popularity during the Renaissance and “The Key of Solomon the King” was likely inspired by Jewish kabbalists and Arab alchemists. Divided into two parts, the volume details many examples of ritualistic magic. The first part contains invocations and curses meant to summon demons and spirits and bind them to the will of the conjuror. There are also spells to become invisible, find stolen items, and find love or favor. The second part details the various purifications that the conjuror must undergo before performing the spells and instructs the reader in how to dress and what magical implements will need to be used. This edition follows the translation of occultist S. L. MacGregor Mathers and is based on the Latin manuscripts of the work preserved in the British Library.