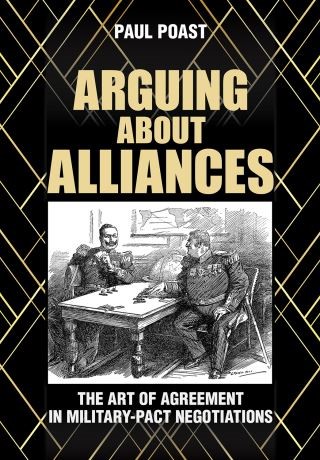 The Art of Agreement in Military-Pact Negotiations

In a book that bridges Stephen Walt's Origins of Alliance and Glenn Snyder's Alliance Politics, two classic works on alliances, Poast identifies two conditions that result in non-agreement: major incompatibilities in the internal war plans of the participants, and attractive alternatives to a negotiated agreement for various parties to the negotiations. As a result, Arguing about Alliances focuses on a group of states largely ignored by scholars: states that have attempted to form alliance treaties but failed. Poast suggests that to explain the outcomes of negotiations, specifically how they can end without agreement, we must pay particular attention to the wartime planning and coordinating functions of alliance treaties. Through his exploration of the outcomes of negotiations from European alliance negotiations between 1815 and 1945, Poast offers a typology of alliance treaty negotiations and establishes what conditions are most likely to stymie the attempt to formalize recognition of common national interests.