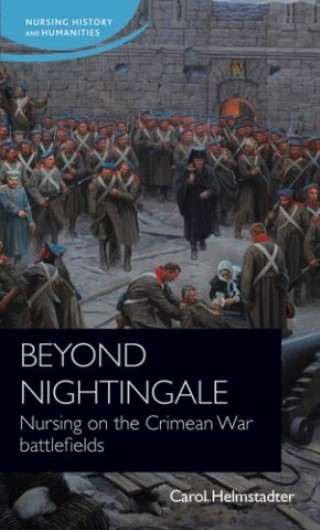 Nursing on the Crimean War battlefields

Beyond Nightingale is the first book to explore the inception of modern nursing from a transnational perspective, studying the development of the new military nursing in the five Crimean War armies. The story is told within the broader context of the different political, social and economic cultures from which modern nursing arose. Although the Russians were battling industrialised armies with their pre-industrial, agrarian economy it was they who developed the most innovative system of nursing. The book illustrates the barriers, some of which still exist today, which nurses had to overcome to gain recognition of the crucial role they played in the war. The significant contributions allied and Russian nurses made working directly under fire during the Russians’ brilliant defence of Sevastopol make a wonderfully exciting story during which these mid-nineteenth century nurses proved their extraordinary competencies.