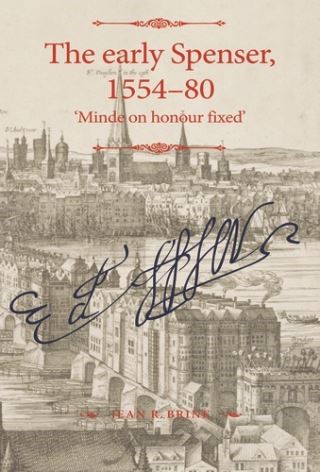 Brink’s provocative biography shows that Spenser was not the would-be court poet whom Karl Marx’s described as ‘Elizabeth’s arse-kissing poet’. In this readable and informative account, Spenser is depicted as the protégé of a circle of London clergymen, who expected him to take holy orders. Brink shows that the young Spenser was known to Alexander Nowell, author of Nowell’s Catechism and Dean of St. Paul’s. Significantly revising the received biography, Brink argues that that it was Harvey alone who orchestrated Familiar Letters (1580). He used this correspondence to further his career and invented the portrait of Spenser as his admiring disciple.
Contextualising Spenser’s life by comparisons with Shakespeare and Sir Walter Ralegh, Brink shows that Spenser shared with Sir Philip Sidney an allegiance to the early modern chivalric code. His departure for Ireland was a high point, not an exile.