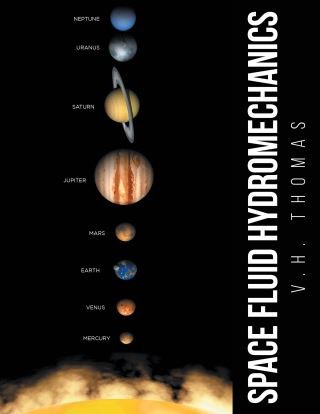 Preface and Index to the Book “Space Fluid Hydromechanics” V. H. Thomas Space Fluid Hydromechanics is an original research treatise dealing with the nature of presently debated or unknown phenomena in the universe. Theories advanced: Space is filled with a fluid of essentially zero viscosity. This fluid is structured in filaments, not discrete particles. This structure is seen from the microscopic to the telescopic. Nebulae seen in the night sky are not universes of billions of suns, but are seen by reflected sunlight. This also applies to the Milky Way. The mechanics of this space fluid not only accounts for the physical world we see, but also for the phenomena of electricity, magnetism, light, heat, and pressure. These phenomena are characteristics of the Earth’s space field. The indicated space pressure near the Earth is in the vicinity of one hundred billion pounds per square inch. There is only one source of available energy, and this source is differential space pressure. There exists electrodynamic space fields in size from a single cell to planetary nebulae. An atomic blast creates an instantaneous space field. The Earth’s space field has optical properties. We can never know with exactness the size, position, or distance of any object in space until these factors are applied. The true nature of the “rid shift” is primarily due to light being refracted by the Earth’s space field. A constantly compensating equilibrium is maintained among all the objects in the solar system. The calamitous misinterpretation of the Michelson-Morley experiment. The real interpretation. The factors that make the Sun hot make the Earth relatively warm. The surface of the Earth would be frozen at hundreds of degrees below zero if the Earth’s only source of heat was radiation from the Sun. The objections to the currently supposed size of the universe and the distances to celestial objects. Why there is the spectrum displacement toward the red. There is no positive evidence that any object seen in space is a Sun similar to our own or a collector of suns. He mentions possible exceptions. The probable anatomy of what we see in space is shown in figure 164.