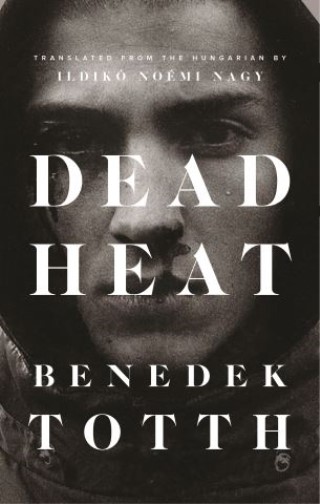 In a nameless Hungarian town, teenagers on a competitive swim team occupy their after-training hours with hard drinking and fast cars, hash cigarettes and marathons of Grand Theft Auto, the meaningless sex and late-night exploits of a world defined by self-gratification and all its attendant recklessness. Invisible to their parents and subject to the whims of an abusive coach, the crucible of competition pushes them again and again into dangerous choices. When a deadly accident leaves them second-guessing one another, they’re driven even deeper into violence.

Brilliantly translated into breakneck English by Ildikó Noémi Nagy, Dead Heat is a blistering debut and an unforgettable story about young men coming of age in an abandoned generation.