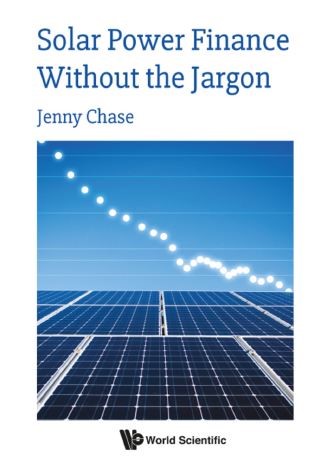 Solar Power Finance Without the Jargon

This is a book for the solar workers of the future, a business book for those without a business or economics background and those simply curious about major shifts happening in the world energy economy. Key financial, economic and technical concepts are interspersed with the history of the first decade of cheap solar power, and the author's experience of being part of a successful startup in the clean energy sector.

Contents:
Readership: A business book written for people with an interest in energy, who do not necessarily have a finance or economics background; energy professionals, people considering a career in energy and those who simply want to be informed about major shifts happening in the world economy; general public. Climate Change;Energy Economics;Solar Power;Renewable Resources;Sustainable Technology;Finance00