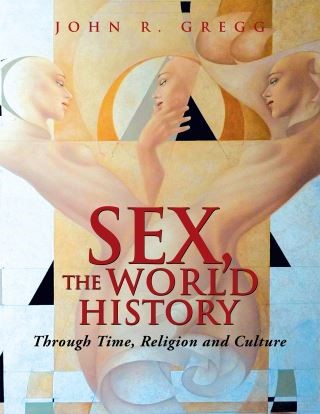 Through Time, Religion and Culture

Sex, The World History: Through Time, Religion, and Culture is a daring exploration of human sexuality, from the ancient to the modern world. Sex, The World History traces sexual attitudes from the transcendent to the bizarre throughout world cultures.
Unmasked, are sexual practices and beliefs previously omitted or obscured from all historical telling. In a scathing condemnation of religion and its control of sex, the book explores the intricate dance between spirituality and sexuality. Revealed for the first time is a history of bisexuality in the majority of human cultures.
Prior to Christianity, bisexual orientation was common in Asia, the Pacific, Africa, the Americas, and Europe. Religions have controlled sex and gender orientation throughout time. The history of LGBTQ across the globe is illuminated here.
How have women been exploited in sexual and cultural roles from prehistory to present day? How does religion affect women’s sexuality throughout time? The supremacy of the Mother Earth Goddess throughout most of human existence, and her relatively recent fall, have had drastic consequences for women’s sexual expression and identity.
Other topics included are sex slavery and human trafficking, child brides, forced marriages, Roman Catholic abuses, war time sexual crimes, Victorian licentiousness, the evolution of sexual attitudes in North and South America, the sexual revolution of the counter culture. Offered here is an encyclopedic tour of the sexuality of humankind.