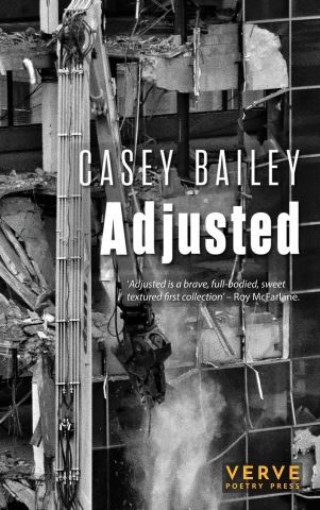 It seems like Casey Bailey has been adjusting all his life. Adapting to the harsh realities of his Nechells upbringing – the drugs, the weapons, the lost friends, the lost hope. Finding ways to assimilate and swallow injustices and ways of being treated that no-one should have to tolerate. Finding a way to make meaning of his life – a way to contribute. And to some extent, he succeeded. He made the moves he needed to make and began to find his place. And then 2017 happened – when within a year he lost his mother and became a father and was forced to deal with extreme loss and joy, pride and pain, as life-sized as they get and all at the same time. This book is about Casey’s journey, and is an attempt to tell the story of this last tumultuous year, when sky-high highs and lows as low as ocean beds combined to form something else entirely; when a whole new raft of adjustments, bigger than any he’d made before, were asking to happen.