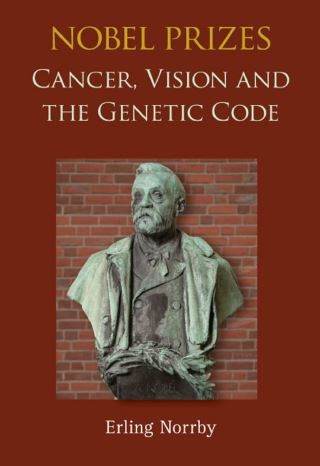 Cancer, Vision and the Genetic Code

The present book discusses the Nobel Prizes in physiology or medicine 1966-68. The 1966 prize recognized that viruses may be involved in cancer formation. Later studies revealed that these kinds of infectious agents could pick up and transmit cellular genes of importance for regulation of cellular growth. It was then possible to recognize that many genes of this kind could be involved in the formation of cancer. The disease was found to represent the dark side of evolution. As a consequence of this insight new means of treatment fortunately have been developed.

The rear parts of the eyes are extensions of the central nervous system. They have a fascinating intrinsic complexity, the neurophysiology and biochemistry of which has been progressively analyzed. These revealing studies concern both our capacity to distinguish different colors and also our possibility to see in the dark. The Prize in 1967 identified seminal contributions in this wide field by Ragnar Granit, Haldan Hartline and George Wald.

The 1968 Prize is distinct in its recognition of Robert Holley, Ghobind Khorana and Marshall Nirenberg, who in different ways had contributed to the cracking of the genetic code. Insights into the language used by Nature, since the dawn of cellular life some 4.6 billion years ago, have completely revolutionized modern life sciences. The capacity to read and also to write the books of life has defined new kinds of science, deepening our understanding of the magic of evolution and opened the possibilities for molecular medicine by understanding the genetic background to diseases, not least cancer.