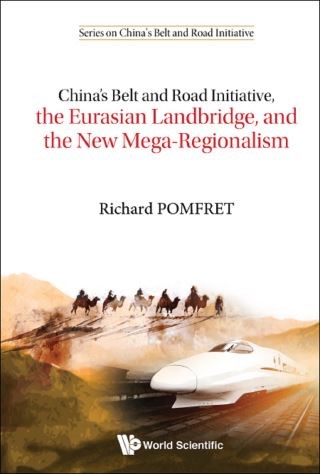 China's Belt and Road Initiative, the Eurasian Landbridge, and the New Mega-Regionalism

This contribution to the World Scientific series on the Belt and Road Initiative focuses on the overland connections west from China, the Silk Road Economic Belt component of the BRI. It emphasizes the economic underpinning of the Belt in the market-driven creation of the Eurasian Landbridge and the linking of regional value chains. A fundamental economic driver behind this is the twenty-first century evolution of international value chains, in which China plays a major role, and their transformation by new trade technologies. Finer fragmentation of production and wider scanning for participants in value chains underlie the need for common, preferably global, regulation of new trade technologies and the emergence of mega-regional trade agreements (and China's response to such agreements).

Thus, the Eurasian part of the Belt and Road Initiative must be seen in conjunction with China's growing role in the twenty-first-century global economy. Especially since the 2016 US presidential election, these connections have become entwined with China's reactions to criticisms of the Belt and Road Initiative and China's recognition of the benefits of more nuanced economic diplomacy to find common ground with other economic powers, notably the European Union and signatories of the Comprehensive and Progressive Agreement for Trans-Pacific Partnership.