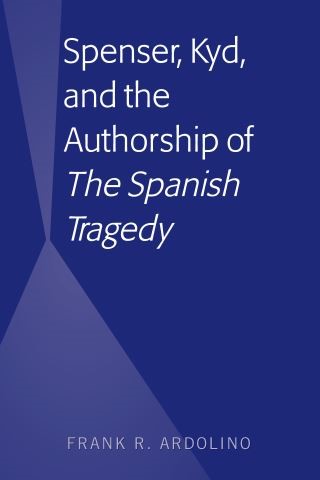 Spenser, Kyd, and the Authorship of The Spanish Tragedy

Spenser, Kyd, and the Authorship of "The Spanish Tragedy" maintains that Edmund Spenser and not Thomas Kyd is the author of The Spanish Tragedy, written in 1590/1592. This argument is based on the strength of the internal evidence and not on computermetrics, linguistic statistics, or parallel passages. The Spanish Tragedy and Spenser’s works are united by sources, themes, methods, and language to the point of authorial equation. Thomas Heywood provided the only attribution of the play to Kyd in 1612, but given the depth of the learning, the apocalyptic context of the anti-Spanish theme, and the literary, rhetorical, and metadramatic sophistication of The Spanish Tragedy, it is much more probable that Spenser wrote it and not the nearly anonymous journeyman writer Kyd. The internal evidence for a new attribution is compelling, and since the proposed author is Spenser, who is supposed to have been hostile to the public theater, the revelation of his hidden authorship of the most popular and influential play of the period is significant not only for Spenserian studies but also for the history of English literature.