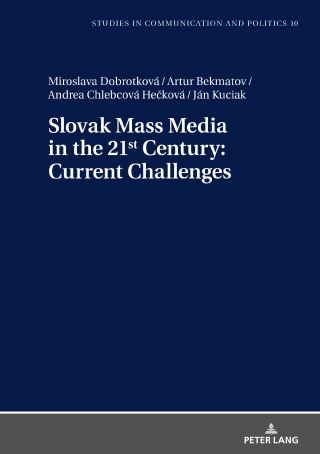 The book deals with the most challenging issues which the Slovak Mass Media are currently facing, including matters of public criticism. The first chapter describes the media influence on power control in Slovakia. It does not avoid the controversial question of corruption in the Slovak media field. The following chapter examines the stereotypes about the social minorities that are still widely spread by the media (especially the Internet and the social media). In this context, the chapter related to the public media explains why the existence of the media of public service is so important and why it is necessary to finance such media by public sources and not by the state. In the final chapter, the author aims to identify the reasons why alternative sources of information usually fail to inform truthfully, impartially and objectively.