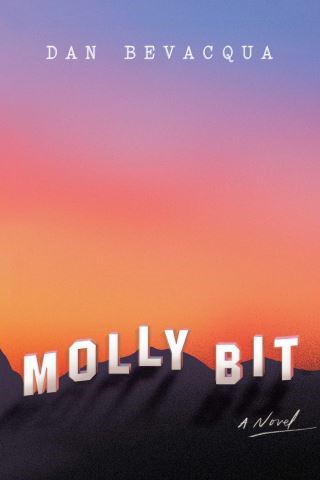 A haunting and provocative debut novel about the stratospheric rise of an enigmatic Hollywood star and her legacy, from Columbia MFA graduate Dan Bevacqua.

A tragic death was not part of the script.

Molly Bit is a great actress. From her first acting classes to her big break, she is different from the others struggling to make it.

But fame is perilous. She uses—and is used by—the Hollywood system. Her collaborator is an addict. The producer who promises her stardom is ruthless and unhinged by grief. Fans, friends, strangers—they want and want. And one dangerously obsessed fan wants to take away everything.

Funny, touching, and heartrending, Molly Bit explores the high stakes of our culture’s complicated fascination with celebrities and our complicity in their rise and fall. Molly Bit is an ode to the strange magic of moviemaking and a haunting reflection on fame, obsession, and art’s power to redeem loss. It announces a dazzling new voice in contemporary fiction.

Dan Bevacqua: Dan Bevacqua was born in New Jersey and grew up in Vermont. He earned his MFA from Columbia University’s School of the Arts. His short stories have been published in The Literary Review, Electric Literature, and The Best American Mystery Stories. He lives in Western Massachusetts. Molly Bit is his first novel.