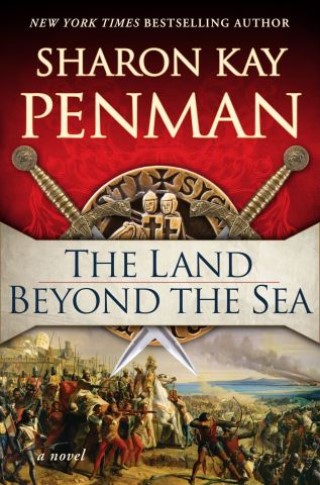 The Land Beyond the Sea

From the critically acclaimed New York Times bestselling author Sharon Kay Penman comes the story of the reign of King Baldwin IV and the Kingdom of Jerusalem's defense against Saladin's famous army.

The Kingdom of Jerusalem, also known as Outremer, is the land far beyond the sea. Baptized in blood when the men of the First Crusade captured Jerusalem from the Saracens in the early twelfth century, the kingdom defined an utterly new world, a land of blazing heat and a medley of cultures, a place where enemies were neighbors and neighbors became enemies.

At the helm of this growing kingdom sits young Baldwin IV, an intelligent and courageous boy committed to the welfare and protection of his people. But despite Baldwin's dedication to his land, he is afflicted with leprosy at an early age and the threats against his power and his health nearly outweigh the risk of battle. As political deception scours the halls of the royal court, the Muslim army--led by the first sultan of Egypt and Syria, Saladin--is never far from the kingdom's doorstep, and there are only a handful Baldwin can trust, including the archbishop William of Tyre and Lord Balian d'Ibelin, a charismatic leader who has been one of the few able to maintain the peace.

Filled with drama and battle, tragedy and romance, Sharon Kay Penman's latest novel brings a definitive period of history vividly alive with a tale of power and glory that will resonate with readers today.

Sharon Kay Penman: Sharon Kay Penman is the author of historical novels. Among writers who admire her work are Margaret George, Steve Berry, George R. R. Martin, and Bernard Cornwell. Her readers are passionately committed. A lawyer by training, with the publication of her first novel (The Sunne in Splendour—a stunning rendering of the life of Richard III) she became a full-time writer who now has nine historical novels (and four historical mysteries) to her credit. She has lived in England and Wales and currently resides in Mays Landing, New Jersey.