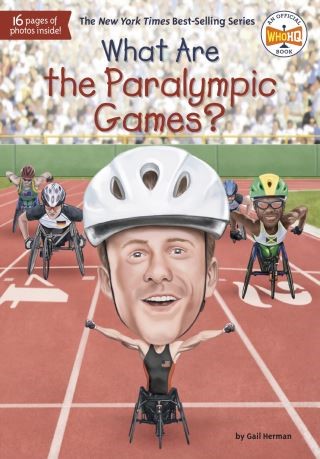 What Are the Paralympic Games?

It's time to cheer for the inspiring athletes of the Paralympic Games!

As the Opening Ceremony for the 1948 Summer Olympic Games commenced in London, a similar sporting competition was taking place a few miles away. But the men at Stoke Mandeville weren't your typical athletes. They were paralyzed World War II veterans. The games at Stoke Mandeville were so successful that they would eventually lead evolve into the Paralympics. Participants from all around the world vie for the gold medal in a variety of sports, including archery, basketball, swimming, speed skating, and ice hockey. Author Gail Herman highlights their achievements, describes how these athletes train--both mentally and physically--for the games, and gives the reader a better understanding of what makes the Paralympic Games one of the world's most viewed sporting events.

Gail Herman: Gail Herman has written several biographies and nonfiction books, including Who Is Wayne Gretzky?, What Is the World Series?, What Is Climate Change?, and What Is the Stanley Cup?