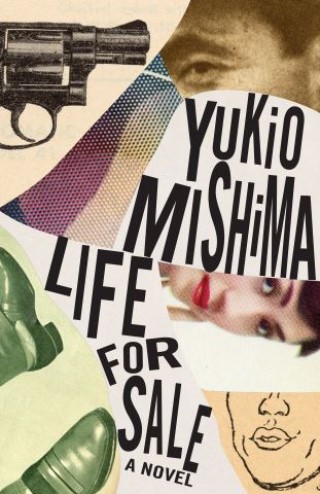 After botching a suicide attempt, salaryman Hanio Yamada decides to put his life up for sale in the classifieds section of a Tokyo newspaper. Soon interested parties come calling with increasingly bizarre requests and what follows is a madcap comedy of errors, involving a jealous husband, a drug-addled heiress, poisoned carrots—even a vampire. For someone who just wants to die, Hanio can't seem to catch a break, as he finds himself enmeshed in a continent-wide conspiracy that puts him in the cross hairs of both his own government and a powerful organized-crime syndicate. By turns wildly inventive, darkly comedic, and deeply surreal, in Life for Sale Yukio Mishima stunningly uses satire to explore the same dark themes that preoccupied him throughout his lifetime.

Yukio Mishima: Yukio Mishima was born in Tokyo in 1925. He graduated from Tokyo Imperial University’s School of Jurisprudence in 1947. His first published book, The Forest in Full Bloom, appeared in 1944, and he established himself as a major author with Confessions of a Mask (1949). From then until his death, he continued to publish novels, short stories, and plays each year. His crowning achievement, The Sea of Fertility tetralogy—which contains the novels Spring Snow (1969), Runaway Horses (1969), The Temple of Dawn (1970), and The Decay of the Angel (1971)—is considered one of the definitive works of twentieth-century Japanese fiction. In 1970, at the age of forty-five and the day after completing the last novel in the Fertility series, Mishima committed seppuku (ritual suicide)—a spectacular death that attracted worldwide attention.