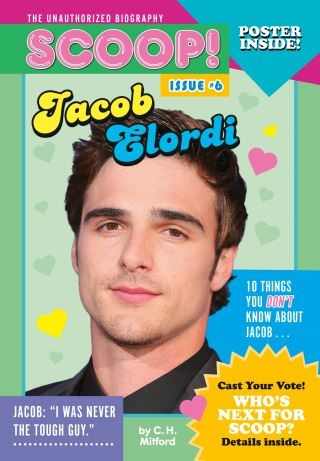 Introducing a new series of unauthorized biographies on the world's biggest names and rising stars in entertainment, sports, and pop culture! Complete with quizzes, listicles, trivia, and a full-color pull-out poster of the star, this is the definitive collection to get the full Scoop! and more on your favorite celebrities.

Jacob Elordi is on his way to superstar status:

From his breakout role as Noah in The Kissing Booth to his steamy HBO debut in Euphoria followed by an ad campaign for Calvin Klein underwear, things are really starting to heat up for this Aussie actor.

Get the full Scoop! and more on Jacob Elordi, Hollywood's next heartthrob.

C. H. Mitford: C. H. Mitford is a writer who splits her time between New Orleans and New York City.