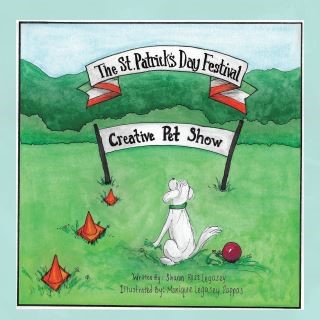 It was opening day for football practice. Ten-year-old Sean loved playing for Saint Bridget’s school in Dublin. But more importantly, it was the day Mr. Murphy planned to announce the theme and challenge for the upcoming Saint Patrick’s Day Festival. When Mr. Murphy greeted the students and announced the theme was the creative pet show, Sean lost his hope of competing. He didn’t believe he was creative. He only played sports. However, when he heard the top prize was an iPad he’d been wanting, he decided he had to find a way to become creative and win the contest. Sean not only has to find a way to be creative but how to hold true to the promises he already made. After deciding to train his dog, Lucky, to do more tricks, an accident occurs while painting the fence. That’s when Sean’s character is challenged. Find out how Nana’s story of Saint Patrick helped him accept things as they are.