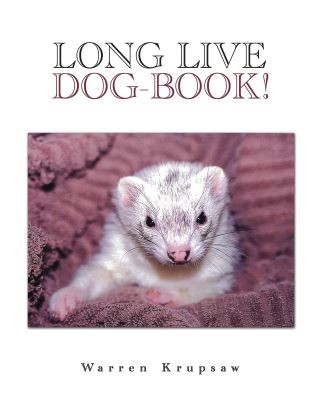 If you like ferrets, this is a good book. As a long-time ferret enthusiast and keeper, nature photographer Warren Krupsaw illustrates and tells the story of his last ferret: how acquired and named, various adventures (and misadventures), companions (alive and stuffed), until the final end. Contributing to the book's uniqueness is that, while for the most part, it's written in first and third person singular, it also includes portions in "first ferret singular." Besides the story itself, there's a ferret poem and ferret-inspired psalm.