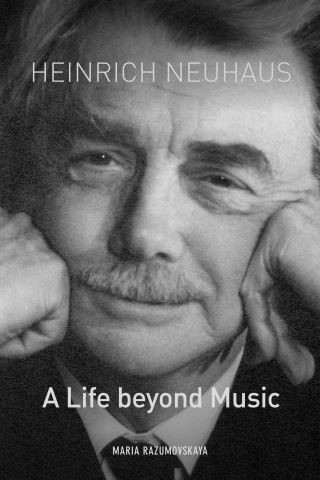 A Life beyond Music

Heinrich Neuhaus (1888-1964) was one of the most charismatic and sought after pianist-pedagogues of the twentieth century, earning a formidable reputation in the West as one of the pillars of Russian pianism through the success of his star pupils Emil Gilels and Sviatoslav Richter, and his book About the Art of Piano Playing. Maria Razumovskaya's Heinrich Neuhaus: A Life beyond Music is the first critical study of this masterful artist. It explores what went on in his teaching studio but also seeks to understand the vibrant circumstances that underpinned Neuhaus's unique outlook and approach. These circumstances include his formative years of study in Europe alongside Karol Szymanowski (his cousin) and the renowned pianist Artur Rubinstein, the turbulence of life during the Russian Civil War, Neuhaus's meteoric rise to fame in Moscow, and his lifelong friendship with the poet Boris Pasternak. Razumovskaya's book draws on previously unseen documents relating to Neuhaus's arrest and imprisonment in the infamous Lubyanka for criticizing the Soviet regime. By revealing how these influences helped form Neuhaus's distinct vision of a performer's subjectivity -- what he called an artist's "autopsychography" -- the book emphasizes important aesthetic principles and practices that were adopted by creative artists eager to escape the banality and limitations imposed by Socialist Realism. MARIA RAZUMOVSKAYA, a recital pianist and researcher, teaches at the Guildhall School of Music and Drama.