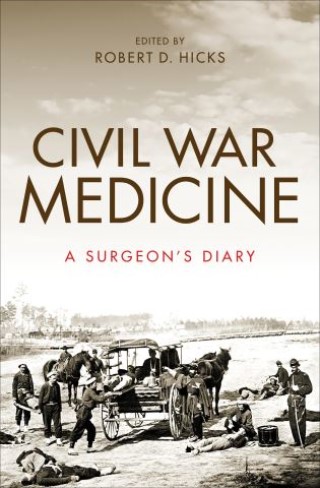 “An incredible resource for anyone interested in the human experience of the Civil War―as recorded by a medical professional tasked with saving lives.”—David Price, Executive Director of the National Museum of Civil War Medicine

In this never before published diary, twenty-nine-year-old surgeon James Fulton transports readers into the harsh and deadly conditions of the Civil War as he struggles to save the lives of the patients under his care. Fulton joined a Union army volunteer regiment in 1862, only a year into the Civil War, and immediately began chronicling his experiences in a pocket diary. Despite his capture by the Confederate Army at Gettysburg and the confiscation of his medical tools, Fulton was able to keep his diary with him at all times.

He provides a detailed account of the next two years, including his experiences treating the wounded and diseased during some of the most critical campaigns of the war, and his relationships with soldiers, their commanders, civilians, other health-care workers, and the opposing Confederate army. The diary also includes his notes on recipes for medical ailments from sore throats to syphilis. In addition to Fulton’s diary, editor Robert D. Hicks and experts in Civil War medicine provide context and additional information on the practice and development of medicine during the Civil War, including the technology and methods available at the time; the organization of military medicine; doctor-patient interactions; and the role of women as caregivers and relief workers. Civil War Medicine: A Surgeon’s Diary provides a compelling new account of the lives of soldiers during the Civil War and a doctor’s experience of one of the worst health crises ever faced by the United States.