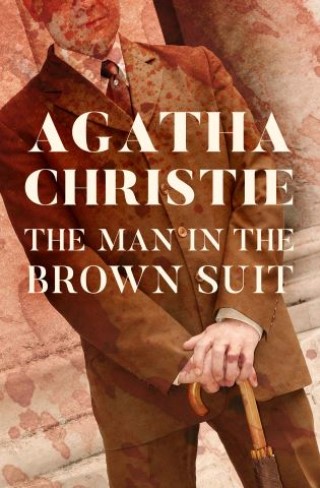 The Man in the Brown Suit

On a ship from London to South Africa, a young woman gets wrapped up in a deadly scheme, in this classic novel by the master of mystery.

New to London, Anne Beddingfeld is hungry for adventure, when she witnesses a shocking accident. At the Hyde Park tube station, a man named L. B. Carton falls onto the tracks, dying instantly. An address for Mill House is found on Carton’s person, but only Anne notices the slip of paper he dropped—with the name of a ship and an inscrutable series of numbers.

When a woman is found strangled to death at Mill House and the only suspect is an unknown man in a brown suit, Anne becomes obsessed with the case. Booking passage on the ship from the mysterious piece of paper, she soon finds herself bound for South Africa in the company of killers and thieves, as she attempts to unravel a scheme of murder, betrayal, and stolen diamonds.

Agatha Christie:
Agatha Christie (1890–1976) is listed in the Guinness Book of World Records as the bestselling novelist of all time. The first recipient of the Mystery Writers of America’s Grand Master Award, she published eighty mystery novels and many short story collections and created such iconic fictional detectives as Hercule Poirot, Miss Jane Marple, and Tommy and Tuppence Beresford. She is known around the world as the Queen of Crime.