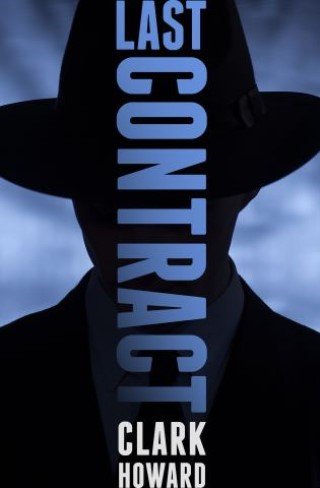 A hit man tries to make a clean break from his murderous career in this chilling novel from an award-winning author.

He has no police record, not even a traffic ticket. But he’s killed twenty-seven people during his career as a professional assassin. And sometimes it’s not just the target who takes a bullet—if the bodyguard or mistress is unfortunate enough to be around. When the time comes, it happens fast: assemble the weapon, load, ditch the evidence.

Now he wants out—but the people he works for may not allow that—in this suspenseful thriller from a crime writer whose works have earned numerous honors, including an Edgar Award and two Shamus Award nominations, and been adapted for film and television.

Clark Howard:
Clark Howard (1932-2016) Born in Ripley, Tennessee, Howard was one of the most honored mystery writers in America and was a longtime favorite of readers of Ellery Queen Mystery Magazine, Alfred Hitchcock Mystery Magazine, and numerous other publications. A professional writer for over 40 years, he wrote sixteen novels, six books of non-fiction, and published two collections of short stories, in addition to more than 200 uncollected short stories. Howard was honored with the Edgar Allan Poe award for best short story of 1981 from the Mystery Writers of America. In 2009, Howard won the Edward D. Hoch Memorial Golden Derringer Award for Lifetime Achievement from the Short Fiction Mystery Society.​