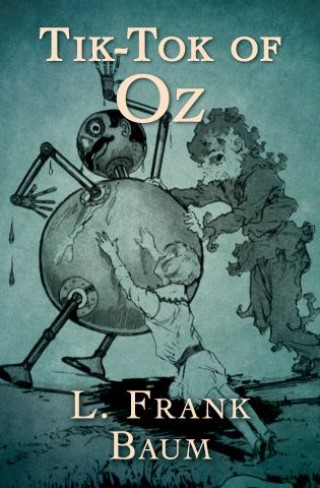 The Shaggy Man goes searching for his brother Tik-Tok as warlike royals stir up trouble in this imaginative adventure in the Oz series.

When Queen Ann of Oogaboo raises an army to take over Oz, Gilda the Good magically rearranges their path to send them into a fog. Meanwhile, the Shaggy Man has gone in search of his brother Tik-Tok, who’s been tossed into a well by the wicked Nome King. On his journey, the Shaggy Man encounters Betsy Bobbin of Oklahoma, the Rainbow’s daughter Polychrome, a royal rose named Princess Ozga—and Queen Ann herself, who is very angry at being lost.

When Queen Ann hears of the Nome King’s fortune, she changes course and heads for his underground kingdom, taking Tik-Tok with her. Now, with his brother lost once again, the Shaggy Man’s adventure has only just begun—and he’ll need all the friends, magic, and luck he can muster.

L. Frank Baum:
L. Frank Baum (1856–1919) was born in upstate New York and began writing stories at a very young age. Best known as the author of the beloved children’s classic The Wonderful Wizard of Oz, he wrote thirteen sequels set in the Land of Oz and numerous other novels, poems, and plays.