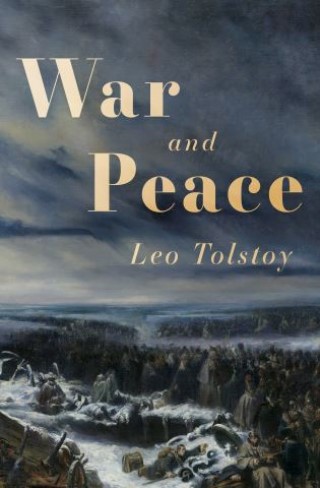 The grand epic set during Napoleon’s invasion of Russia: a vividly detailed view of nineteenth-century Russian life by the author of Anna Karenina.

Widely regarded as one of the greatest novels ever written, War and Peace is Leo Tolstoy’s magnum opus, a groundbreaking work of literary realism, and a psychologically acute examination of Tsarist society in the Napoleonic Era. The narrative follows the fates, fortunes, loves, and betrayals of five aristocratic Russian families from an elegant soirée in 1805 Saint Petersburg to the abandoned and burning Moscow of 1812.

With a panoramic cast of characters, including peasants, soldiers, nobles, and historical figures such as Napoleon Bonaparte and Mikhail Kutuzov, Tolstoy presents a hugely ambitious portrait of the human condition. First published in 1865, this edition of War and Peace was translated into English by Louise and Alymer Maude

Leo Tolstoy:
Leo Tolstoy (1828–1910) was one of the most influential writers in Russian history. Born a Russian aristocrat, Tolstoy had, by the age of twenty-six, become both a nobleman and a soldier. Disenchanted by both lives, he became a writer, producing two of Russian literature’s greatest works: War and Peace and Anna Karenina. Tolstoy was a giant of modern literature and made a profound impact on great twentieth-century figures such as Gandhi and Martin Luther King Jr.