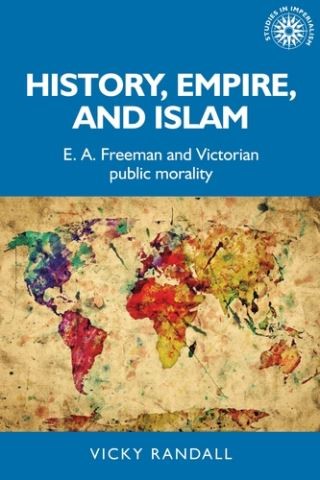 This book offers the first comprehensive treatment of the historian and public moralist E. A. Freeman since the publication of W. R. W. Stephens’ Life and Letters of Edward A. Freeman (1895). While Freeman is often viewed by modern scholars as a panegyrist to English progress and a proponent of Aryan racial theory, this study suggests that his world-view was more complicated than it appears. Revisiting Freeman’s most important historical works, this book positions Thomas Arnold as a significant influence on Freeman’s view of world-historical development. Conceptualising the past as cyclical rather than unilinear, and defining race in terms of culture, rather than biology, Freeman’s narratives were pervaded by anxieties about recapitulation. Ultimately, this study shows that Freeman’s scheme of universal history was based on the idea of conflict between Euro-Christendom and the Judeo-Islamic Orient, and this shaped his engagement with contemporary issues.