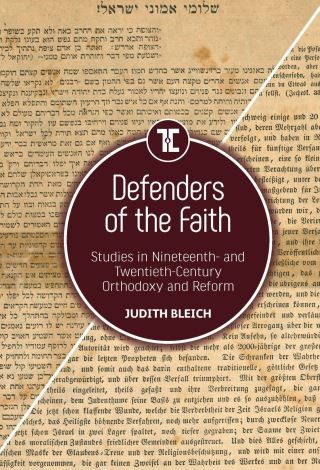 Defenders of the Faith

Studies in Nineteenth- and Twentieth-Century Orthodoxy and Reform

The Emancipation of European Jewry during the nineteenth century led to conflict between tradition and modernity, creating a chasm that few believed could be bridged. Unsurprisingly, the emergence of modern traditionalism was fraught with obstacles. The essays published in this collection eloquently depict the passion underlying the disparate views, the particular areas of vexing confrontation and the hurdles faced by champions of tradition.

The author identifies and analyzes the many areas of sociological and religious tension that divided the competing factions, including synagogue innovation, circumcision, intermarriage, military service and many others. With compelling writing and clear, articulate style, this illuminating work provides keen insight into the history and development of the various streams of Judaism and the issues that continue to divide them in contemporary times.