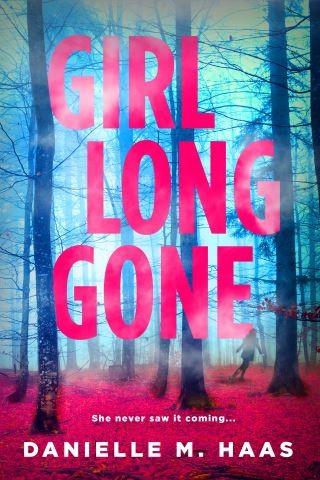 Monica’s stomach fluttered with excitement as she told the interesting man she’d been flirting with online for weeks all about her weekend plans. He was a great match, and they had so many things in common. But sometimes your life can come down to one single bad decision...

NYPD Computer-crimes detective Connor Mitchel’s sister is missing. As he combs through his sister’s life, he realizes Monica might not have been this killer’s first target—or his last. In a twisted game of cat and mouse, Connor thinks he’s finally found the man responsible for his sister’s disappearance. Unfortunately, he’ll first need to convince the shy, distrustful Evelyn Price she could be the next victim tangled in the murderer’s web if she doesn’t agree to help him catch the killer. But just as Connor and Evelyn close in on their quarry, the killer has one last trick up his sleeve that could trap them all…

Danielle M. Haas: Danielle Haas resides in Ohio with her husband and two children. She earned a BA in Political Science many moons ago from Bowling Green State University, but thought staying home with her two children and writing romance novels would be more fun than pursuing a career in politics. She is a member of Romance Writers of America, as well as her local North East Ohio chapter. She spends her days chasing her kids around, loving up her dog, and trying to find a spare minute to write about her favorite thing: love.